So you were not raised in a bilingual environment, but you managed your way to become fluent on a second language. As you have your first child, it might occur to you: would it make sense to speak to my child on my second language?

That actually occurred to me. As a Brazilian, I grew up speaking Portuguese as my mother tongue but I learned English as I was growing. By the time I was 17 I could say I was fluent, although there was still a lot to learn and improve.

When my first son was born, this idea sounded actually quite normal. A little unusual, but I didn’t think at any moment it could be wrong. As a matter of fact, a friend mine, born in Taiwan, told me he would raise his son only with Mandarin and English because Portuguese the boy would learn anyway. That encouraged me to become consistent, speaking only in English to my son instead of mixing.

I could see some people staring me in a different way. Not strangers, but friends and family. I can’t say I didn’t care but that did not stopped me. My son was almost one year old when two people, in different moments, told me that this would never work, as English is not my native language. Well,  it was time then to research about the subject.

The year was 2011/2012. The search results were not so good. As I was searching for bilingual kids, bilingual education and other related keywords, only one scenario would pop up. People living out of their home country and trying to do somehow the opposite: teach the children how to speak their heritage language. And even with them the opinions were not so favorable. Too many Brazilians living abroad, for example, would complain that their children would never answer in Portuguese. As I was introducing my scenario, I was bombarded. And I understand. After all, the subject could be bilingual education, but in fact, the topic was raising the child in the native language of their parents. It was their goal, all they wanted and probably they had a list of excuses already ready for their spouses. So I was still not convinced. I understood that this was their needs and my case had nothing to do with them.

But I had no idea how to search for it. What is the name of what I am doing then? I don’t know how but I ended up finding a blog called Bringing up Bilingual. There I found someone living my dilema. An American woman raising her children in French, that she had learnt not from birth. And then I discovered one term: non-native speaking parents. I also discovered a great blog called Apples and Manzanas. A Spanish family raising a child in English.

Then I founded a forum website called nnsparents.com. It does not exist anymore. It worked fine for a while, connecting parents from all over the world on the same situation. But I guess as the kids were growing, people got more confident and the contact started to become rare. In fact I started to take more time deleting spam than really connecting with people, so I shut down the website. But the subject is still relevant.

Things are changing, and changing really fast. Only 5 years have passed and I feel the perception to be much different.

Now when people notice my 5 year old son is speaking in English with me they are all curious about it wanting to know how it happened. Bilingual groups and forums have more and more people coming with the same question, and I can say now it is something quite common. Not that everyone is doing, but anyone starting now will feel much less lonely than I felt 5 years ago when people criticized me.

I guess the benefits are clear. Even people that never researched for the topic know that at least there is the benefit of learning the language in a much easier way. It is much harder to learn it later. And there are also several other claims, such as children growing up more intelligent and more aware of other people’s needs.

With all the benefits from bilingual education, and most important, if it is how the parents want to raise their children, why not raise a bilingual child in a situation where two people from country with language A have a child on country with language A and want the baby to learn the language B? If you feel yourself on this position and you are lost, I am happy to say you are not alone and it definitely works! If you want to talk about it, just email me and it will be my pleasure to help.

And by the way, my father raised me and my sister on his second language and we had no problem at all. His case is much different. People from country with language A move to country with language B and ignore the existence of language B. My grandparents came from Japan, my father was born in Brazil and he started to learn Portuguese only when he was 7 years old, at school. And he opted to speak always in Portuguese with me, although now I wish he had done different. So, with this I want to leave an open channel for you to talk to me in case you have any doubts about the subject. Just email me: mario@ishikawa.com.br 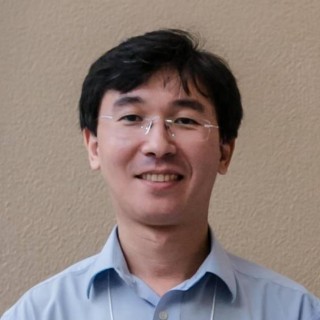